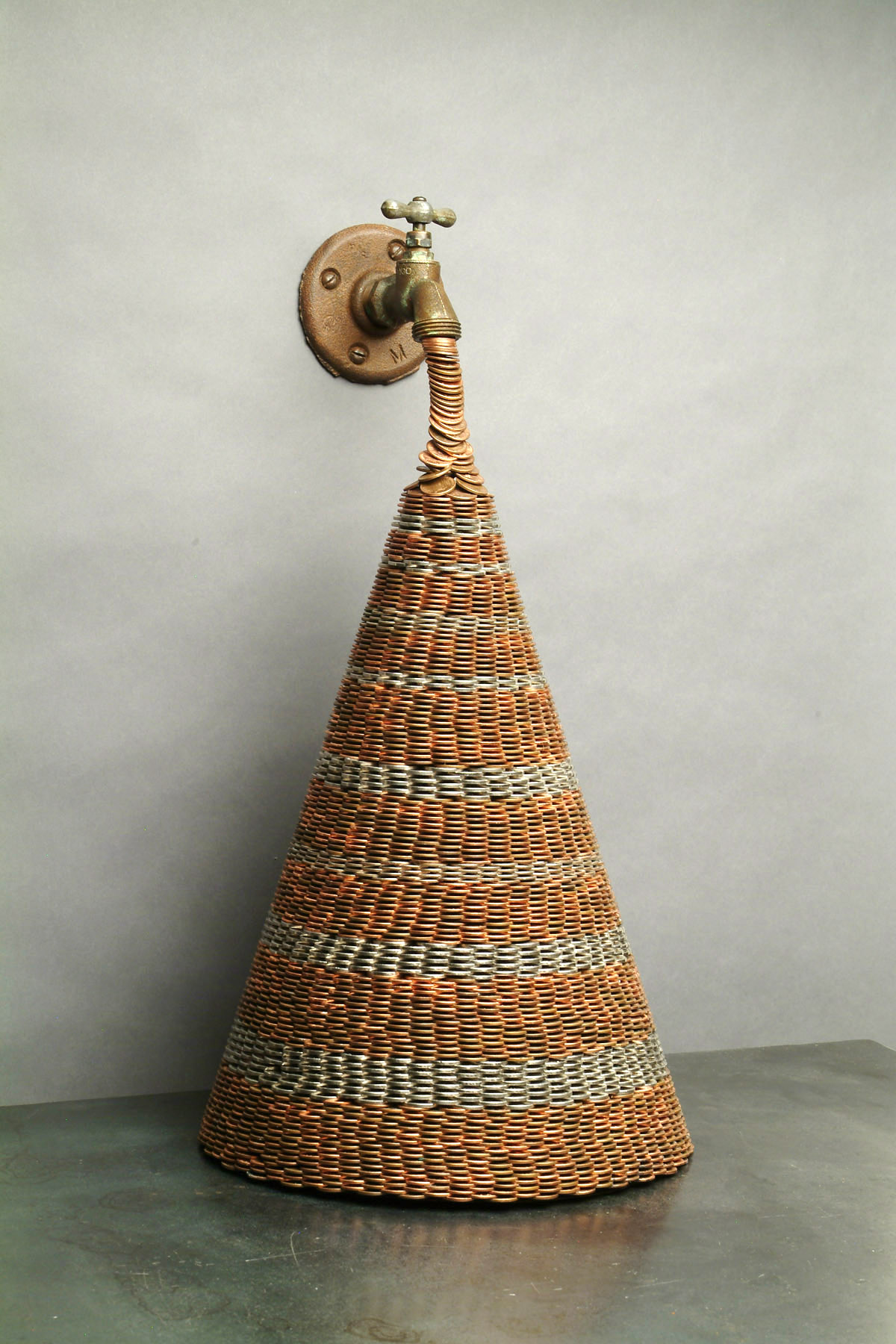 During this weird liminal time of coronavirus, I know a lot of people who are finding a compelling desire to make something—painting, drawing, dancing, playing music, writing, cooking—anything we put into that big category of  “art.” Now more than ever, creativity seems necessary to sanity. One of my neighbor’s garage doors is perpetually open these days. Although I haven’t interrupted him, inside, I know he is painting. His wife has told me, “He’s just out there all the time now!” Likewise, she is in her quilting studio almost all day. The two hardly see each other, they are so busy making art.

So I was thrilled to go for a socially distant hike with my friend and artist Colette Hosmer the other day. Colette’s artwork is all about patterns in nature, and she is making new art that explores some of those patterns in a new and extraordinary way. But our conversation was focused on the process of making art more than on the art she is working on now. Making art—any kind of art, in any medium—depends upon flow. And it is the artist who must turn on the faucet, so to speak.

Colette recalls the artist Susan Rothenberg talking about how to turn on that faucet. The trick: You’ve got to get into the room.

“She said it didn’t matter if you just went to your studio and just read a book,’ ” Colette recalled. Eventually, something would happen.

Colette was remembering going to her own studio and “getting into the zone,” as she puts it, making a circle with her hand around her chest. Once she got into that magical “zone” she could work for hours on end, never wanting to stop. And if she was really in the zone, she could leave on an errand and come back to her space, taking up the work again as if she had never left.

It’s those memories of being the zone that are fueling her today. Colette is just now coming back to working daily in the studio. For almost a decade she had left her artwork behind while she was a caregiver—first for her sister, Jan, then for her mother, who came to live with Colette for the last three-plus years of her life. Colette had turned to writing during much of that time (amazingly, she’s just as good a writer as she is an artist) and was uncertain whether she would ever return to making visual art. Then she received a major commission from a midwestern university for an outdoor monumental sculpture, and it was time to reclaim her visual artist identity.

Colette had turned her art studio, for years located upstairs in her Santa Fe condo, into a bedroom for her mother; her mother’s passing and the sculpture commission prompted her to turn it back into a studio, and she is once again finding “the zone” in that geographic space. It’s like exercising a muscle that hasn’t been used as regularly as it once was; it’s familiar and exhilarating and painful and reassuring, all at the same time.

She is wisely patient with herself and the process. The works Colette had been creating before she left art behind to be a caregiver were cast in porcelain or carved in stone—heavy, hard, unforgiving materials. Now she is reaching into the vast storehouse of ideas and images that live in her psyche for new inspiration, and finding new methods; she is using paper models to experiment with sculptural elements she will likely cast in metal. She can cut and shape the paper any way she wants, not worrying about errors, and she can pin them on the wall and move them around until she finds the right pattern. She probably will use lightweight, malleable metals for the final expression of the new works.

Today, when she was talking about flow—how wind, water, air, really everything in nature follows the same patterns—she spoke about how it is necessary for her to move about her studio, to have tactile contact with objects and materials, in order to connect with the creative source. She is quite literally in the flow and in the zone as she works. In fact, once in the process, Colette’s work flows out into her living space, taking up her dining room table and the wall behind it, the center island in the kitchen, and a wall in her living room. She is living in the middle of her art-making process.

I think that’s it, really: the magic is most evident when there is no separation between Self and the work, when the two are traveling a closed loop together.

Yet before we get into the zone, before we are in the flow, before we have created the loop, we have to get started, don’t we?

A fellow writer with whom I was in a writers’ group years ago used to say of her aimless meanderings—rearranging the desk, alphabetizing the books on the shelf, cleaning the computer keyboard—“I’m just sharpening my pencil.” She wasn’t writing yet, not actually committing words to paper, but preparing to do so in a way that was somehow necessary to the task. Her wisdom gave me permission to putter first, as part of my own creative practice, before getting down to the art making. There are times when I am compelled to the computer to write right this moment, and others when I need to putter, and both are perfectly okay means to get into the process.

Just yesterday a friend of mine who is a luthier—a maker of stringed instruments—was talking with me about his fond recollections of Stephen King’s advice in his book about writing.

“Ultimately, you either pick up the pencil or you don’t,” my friend said. “Stephen King said, ‘Go there all the time,’ “ meaning to your desk, to your writing space. “He said, ‘The Muse is always out there, and if she shows up and you’re not there, then you don’t know when she is going to show up again. So it would be a good idea for you to show up.’ ”

Wise advice all around.

So if you aren’t one of those people already engaged in your artistic outlet, get into the studio or the space where you can make your magic. Show up. Move around and touch things. Play with your materials. Think about what you’ve done in the past, yes, but don’t let it constrain you. Try something new. Spread out. Get into your working space, every day if possible, and don’t be attached to the outcome. If you can do all of this, you’re likely going to make some art, accidentally on purpose, as they say. You’ll get into the zone. Things will just flow, as they have for Colette. And if you need further inspiration, just remember: You don’t want to miss the Muse. She’s in there, waiting for you.