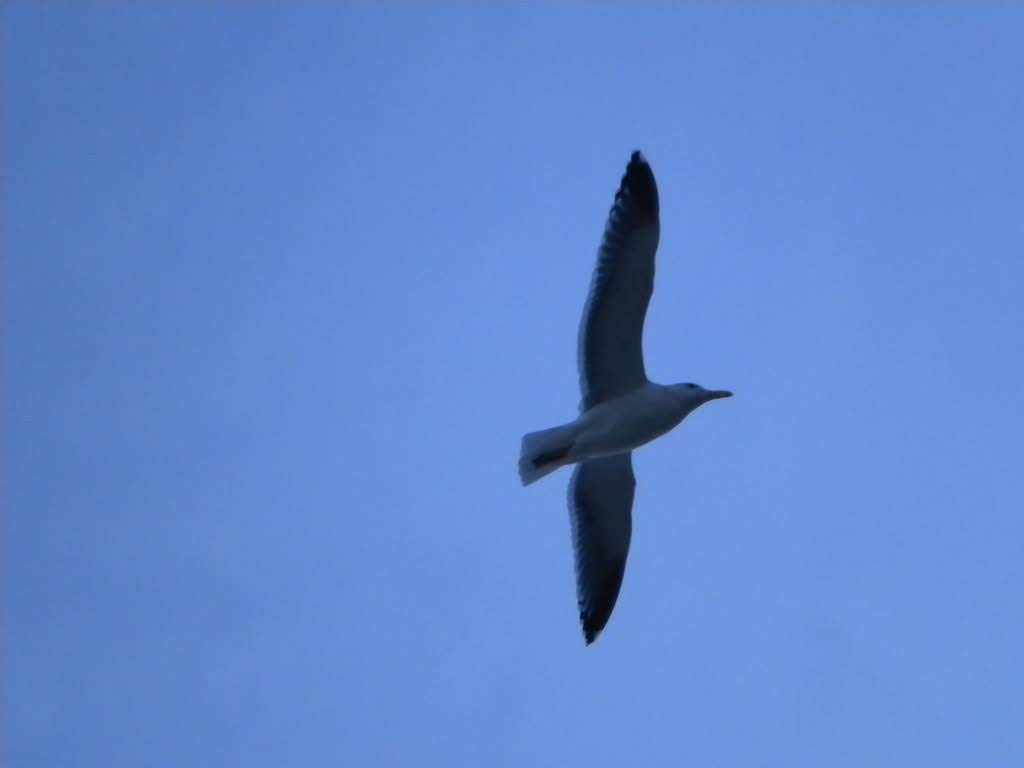 When I left the Bay Area and returned to Santa Fe in April of this year, I was abruptly reminded of how difficult it can be for the body to adjust from sea level to the 7,000-foot altitude of the high desert. Even my ordinary brisk walk caused me to pant like a hot canine, and I didn’t seem to be accommodating to the altitude as quickly as I had the first time I moved here, in 1987. I decided that perhaps running a bit would help my body make the shift to getting by on less oxygen-rich air.

I’ve never been a runner; I’ve had mild exercise-induced asthma since my late 30s, meaning that my ability to do vigorous aerobics is somewhat restrained and requires the use of an inhaler. So I decided I would run/walk—run until I got too winded, then walk until I felt okay again, etc. For perhaps eight weeks now I’ve been doing that, at least five days a week. It’s been interesting to watch my own judgment of how I’m doing in the moment. Can I keep going? Must I stop now? Maybe I’ll try to keep running until I reach that driveway, that tree, that corner. . . . I’ve felt really good about the effort and the discipline, but not so good about my physical improvement. Nothing seemed to be changing. I was still panting like a dog at the slightest bit of aerobic activity, and especially while running.

Then during my run this morning I was so engaged in thinking that I suddenly realized I’d run farther than I’d ever run in one stint before, and my breathing seemed to have changed. I didn’t feel like I was panting, or that I couldn’t get enough oxygen into and out of my lungs. I wasn’t just waiting for the gasping to begin as it usually did. In fact, I seemed to be breathing much deeper than before.

I got really excited. I’d made it all the way from the top of Canyon Road down to Camino del Monte Sol without having to slow to a walk—could I make it to Calle Corvo? Maybe even to Garcia Street? I kept running, consciously making sure I didn’t speed up or slow down, listening to my breathing, crossing my fingers mentally. How far could I go?

When I finally had to slow to a walk, I was grinning like a nut case. Maybe something was shifting. Maybe I really was improving, perhaps had been all along, but the improvement hadn’t reached critical mass until now. Then something reached critical mass in my brain as well as my lungs. Though I hadn’t even realized it, somewhere along the way I’d decided that I couldn’t run. It had never occurred to me to try. I’d just told myself that walking was fine by me, that I preferred it, surely it was safer and easier on the body than running. While all that may be true—and it’s highly unlikely I’ll ever become a marathoner—being able to run farther than I’d ever imagined was a huge wakeup call.

What other possibilities have I dismissed prior to investigation? What else have I assumed—based on no evidence whatsoever—was impossible for me to achieve? I had been operating from an attitude of scarcity, lack, and negativity, when all I needed was some running practice, and something free, plentiful and widely available: more air.

What negative assumptions have you made about your own life based on faulty or nonexistent evidence? Is there something you might try if you could believe for a moment that it was possible for you to do? Why not try it? Start small. Practice daily. Don’t get attached to outcomes. Just see what happens. Find out how far you can go. Maybe all you really need is more air.

How To Practice Sacred Listening with the Sick or Dying