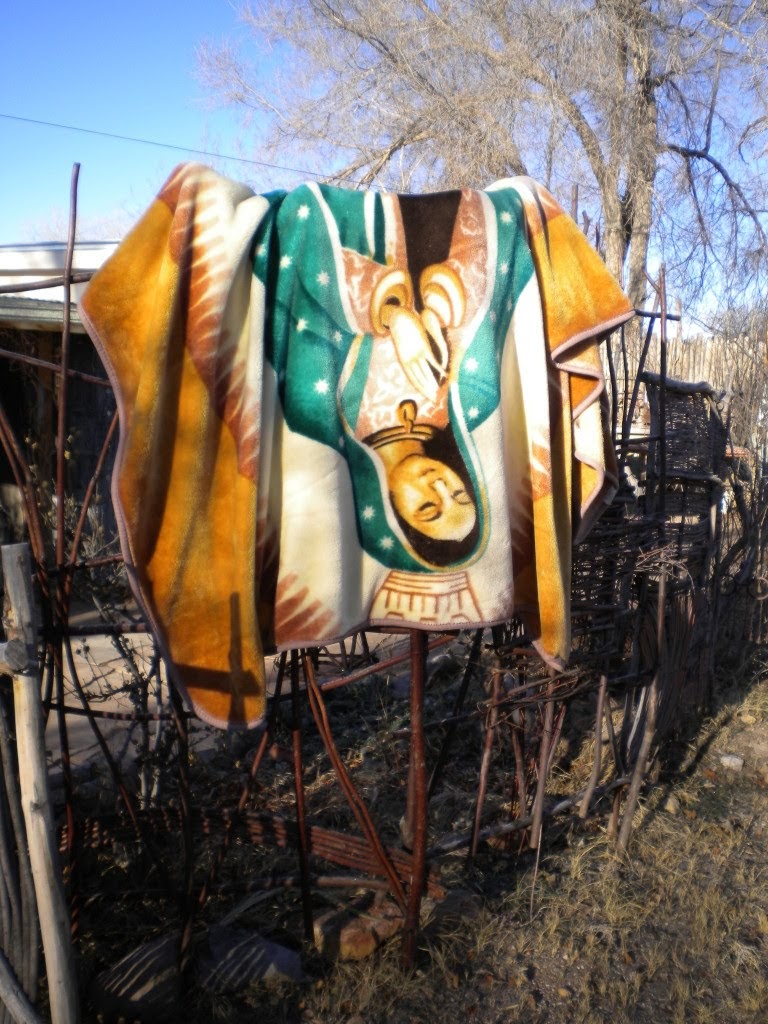 Most of my friends have heard me bemoaning the fact that Protestant Christianity, though more liberal toward women in many respects than Roman Catholicism or Orthodoxy, is actually more misogynist in some ways than the predecessor churches, since they at least recognize the Virgin Mary and the female saints for their contributions to Christianity.

“Blame Luther,” one of my fellow seminary students said, when I complained that Protestantism fails to properly recognize the Divine Feminine.

Yes, I do blame Luther. In his zeal to bring the “real” Christ to the people, Martin Luther and those who followed him annihilated the vestiges of the Great Mother extant in orthodoxy. Leonard Shlain explains this most cogently in his landmark treatise, The Alphabet Versus the Goddess: “Luther was particularly determined to jettison the [Church’s] devotion to Mary. Reasoning that the New Testament never accorded Mary divinity, his new religion expunged any reference to her and banned images of a mother cradling her child.”

But Luther alone isn’t to blame. Calvin was just as bad. Again, Shlain: “Women were tainted, according to Calvin, because of Eve’s precipitation of the Fall. . . .He strictly forbade devotion to Mary.’’

On a personal level, I recall the vestiges of this spiritual exile in my own generic Protestant upbringing, in which Catholics were derided for “worshiping” saints, including the Virgin Mary. The Mother of Christ got her due in the Protestant churches I attended only once a year, during the reading of the tale of Jesus’ birth at Christmas. The rest of the year she was persona non grata.

But to be absolutely fair, the excision of the feminine from the godhead began long before Christianity. The unseating of the Great Mother in Western culture commenced in the fourth millennium B.C., when the Aryan people began their “violent migratory invasions into the Middle East, Europe and India,” according to Layne Redmond in When the Drummers Were Women. “The culture of these invaders was fiercely patriarchal,” Redmond notes. Under the Aryans, divinity shifted from an earth-based, birth-celebrating female culture to a heavenly-centered male culture of domination over humans, animals and nature. The Aryans are on my personal blacklist, too, as you can imagine. (Of course in some other world religions—Hinduism, Tibetan Buddhism, etc.—the feminine was never abandoned. But that’s another story.)

Yet old habits die hard, and despite the Aryans, people clung stubbornly to their goddesses and imagery of female divinity. Marcus Borg points out in Meeting Jesus Again for the First Time that many images of the Divine Feminine are retained in Judaism. Chochma, or wisdom in Hebrew, is a feminine noun, and resides on the “feminine” side of the kabbalists’ Tree of Life. She is the “Wisdom Woman” quoted in Proverbs, better known by her Greek name, Sophia. And each Friday night, Jews throughout the world turn to face the synagogue door to meet the Sabbath Bride, the Divine Consort of God. The indwelling presence of God on earth is this female part of divinity, called Shekhinah.

Yet mainstream Protestantism still ignores the female aspect of God, and downplays the important role of other strong women in Jesus’ life. In her feminist classic The Chalice & The Blade, Riane Eisler points out that Jesus “praises the activist Mary over her domestic sister Martha,” and that “it is to Mary Magdalene that the risen Christ first appears.”

It is not a coincidence that the Protestant churches of America are shrinking, and that the planet and civilization are threatened by patriarchal cultural and religious values. We’ve got to get back to the Goddess! Andrew Harvey says it more eloquently: “The restoration of the full Sacred Feminine. . .to the center of Christian mysticism will effect [the] revolution that Christianity needs to go through if it is to be the authentic vehicle of the transforming passion of the Cosmic Christ,” Harvey tells us in Son of Man. “The re-invocation of God-as-Mother as well as God-as-Father. . .will derange and transfigure all the existing forms of Christianity. It will undo the obscene misogyny, racism, and homophobia that have disgraced nearly all the churches and denominations created in Christ’s name.”

My own rapprochement with the idea of a Higher Power could not have occurred had I not begun to explore and appreciate La Virgen de Guadalupe, the Mexican archetype of Mary so beloved in the Hispanic culture of Northern New Mexico, where I live. Having decided for myself long ago that God is genderless, I found I still could not avoid anthropomorphizing the Divine. I eventually came to believe that we humans are in some ways hard-wired to envision God-as-human. I don’t believe we’re “made in His image” but that we have made God in our image because we lack the capacity to truly “see” God, even in our imaginations. Nevertheless, envisioning God as feminine, as a Great Mother figure, helped me allow the idea of a Higher Power to seep back into my consciousness without slamming the door of my heart.

During difficult economic times, religious institutions shift into fundamentalist overdrive, and we are seeing clear symptoms of this in the Catholic Church’s attempts to force religious women back behind the curtain. At the same time, some hopeful signs of feminism in theology are arising in mainstream Protestantism. At the United Church of Christ in Santa Fe, New Mexico, the church’s order of service offers congregants the option of altering the Lord’s Prayer to meet their beliefs: “Please use any version familiar to you (e.g., Our Creator, Our Maker, Mother-Father God. . . .)”

How empowering! Does it not make sense that God is the only real authority on God, that no one can claim to know the true name of the Divine One? Call your Higher Power whatever you’d like! Don’t let semantics get in the way of what could be a fabulous relationship. After all, the Divine One knows itself—and who is calling—don’t you think?

As individuals we can, of course, invoke the feminine aspect of divinity in our minds and hearts as we pray and meditate. Perhaps doing so will ultimately revive Mary and the Great Mother in our institutions as well. Heck, maybe even Protestantism could make a comeback.

The Art of Sacred Listening