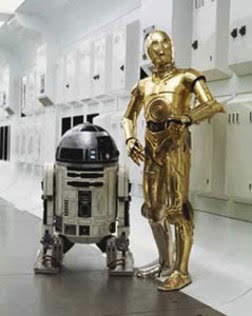 I was at the farmer’s market in Berkeley one day a few years ago when I saw an odd-looking man working the crowd, passing out some kind of brochure. He gave off that invisible, repellant energy of Other. But something on his brochure caught my eye: It was an image of Osiris, the ancient Egyptian god of rebirth, regeneration and the afterlife. So I beckoned to the man and took his handout.

It was a twelve-page color pamphlet sprinkled with symbols, numbers and small graphics, not to mention puns, metaphors, homonyms, and aphorisms. The author described his world as a “Multi-Player Virtual Reality Analogy,’’ and incorporated references to Hinduism, Christianity, Judaism, ancient Egyptian religion, the Greek pantheon, Gaia, the zodiac, quantum physics, color theory and insects—especially bees and butterflies. He also seemed quite fond of C3PO, Yoda and Obi-Wan Kenobi of the film Star Wars.

It was nevertheless surprisingly easy to follow the author’s etymological and syncretic thought processes. For example, he connected Osiris, Krishna and Vishnu to the cross of Christ, which makes complete sense. It’s hard to explain, but the brochure filled me with awe and respect for this man’s passionate desire to communicate his beliefs. Perhaps he was somewhat disconnected from reality. But in another time and place, he might have been called a prophet or a mystic. In his book The Mystic Heart, Wayne Teasdale describes one of the elements of universal mysticism as “a deep realization of the interconnectedness of everyone and everything.” Teasdale says that our varying realities make up “one vast system, which is itself a system of systems.’’ Which sounds a lot like the Multi-Player Virtual Reality Analogy to me.

I immediately felt a sense of kinship with the brochure writer, that we were on the same path. I, too, am always trying to integrate my varied spiritual beliefs. I’m just now beginning to feel comfortable with the Goddess-Divine Source with whom I have had a relationship for several years. And only in my 50s have I begun making peace with the higher power I think of as Big Daddy-God. (I’m pretty sure my brochure friend would recognize him: Big Daddy-God is part Santa Claus, part Ward Cleaver, part Sheriff Andy, and a dead-ringer for the gray-bearded guy in my Children’s Illustrated Bible.)

It’s not enough, of course, to see that I am on the same path as the brochure author, or to recognize the similarities in our eclectic approaches to faith. The greater challenge is to look into his eyes and see reflected there not Other, but the Divine—and me. This is the interfaith theology I aspire to, a theology for which there can be no Other, a theology that recognizes only the one Force, by whatever name we call it. As Obi-Wan Kenobi explains, “The Force is what gives a [person] power. It’s an energy field created by all living things. It surrounds us and penetrates us. It binds the galaxy together.’’

I gave my brochure-writing friend a few dollars, bought some lunch from the Himalayan food booth, and sat on the grass in the park to eat. I looked around at the other farmer’s market patrons and thought about our connectedness in a different way, taking satisfaction in knowing that I was now an insider, privy to the secrets of the Multi-Player Virtual Reality Analogy. I think I even giggled out loud a few times (which of course in Berkeley is not considered out of the ordinary behavior at all). I wished that I’d taken more of his brochures and passed them out on his behalf. Was he a Jesus in disguise? These are things we followers of the Multi-Player Virtual Reality Analogy ponder day and night, and thus I leave you now with what is surely one of the most beautiful blessings of our times:

May the Force be with you.