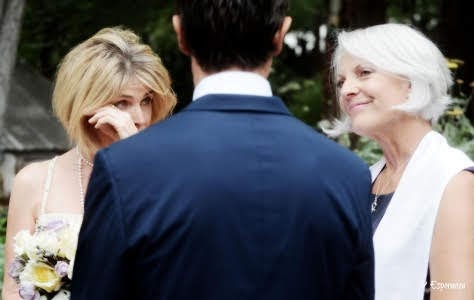 One of the greatest privileges of being a minister is officiating at weddings. In most states, anyone can marry a couple; you don’t need a minister to tie the knot. In fact, lots of people march themselves down the “aisle” at their local courthouse, with a county clerk or local judge they’ve never met before acting as their officiant. And that’s fine.

But for many people, having a ceremony that feels personal, sacred and authentic is an important first step in their marriage—even if they’ve been together for 30 years!

Looking over the list of weddings I’ve performed, I realize they’ve been amazing, each in its own way. Just a few of the diverse couples I have married:

An American-born man to a Mexican-American man, together 17 years

A Filipino-American woman and her American-born husband

A 60+ couple on their second marriages

An Anglo woman and a Mexican-American man

Several have included rituals such as the “unity candle” and cultural practices including the Mexican lasso and the Filipino coin, rose petals and veil rituals. One ceremony included a dog wearing a wreath designed by the florist who did the other flowers for the event. (The dog planted itself right in front of the couple and watched the whole thing attentively!) For one outdoor ceremony, the artist couple built and decorated a bower and made small wooden circles with hearts emblazoned on them to hold the programs on the chairs.The weddings have been held in private homes, in churches, in a historic chapel, in a museum, in a courthouse, and in hotel lobbies in Santa Fe, Oakland and San Diego. The couples have hailed from New Mexico, California, Oklahoma, Texas, Missouri, Kansas, Washington, D.C. and New York City. Some have been fancy weddings with wedding planners, chamber ensembles, catered dinners and open bars; others have been attended only by the couple and their two witnesses and celebrated with an inexpensive bottle of champagne and a grocery-store cake. Some have included religious references and prayers to God; others have avoided all mention of anything spiritual-sounding.

I and other participants at the weddings have read from the Bible, Rumi, Hafiz, Walt Whitman, Anne Morrow Lindbergh, William Blake, A.A. Milne, Dr. Seuss and any number of other unexpected and traditional sources. I’ve married dear friends and complete strangers, planned ceremonies in person, by phone, by email and by Skype; sometimes I haven’t seen the couple’s faces until an hour before the ceremony! 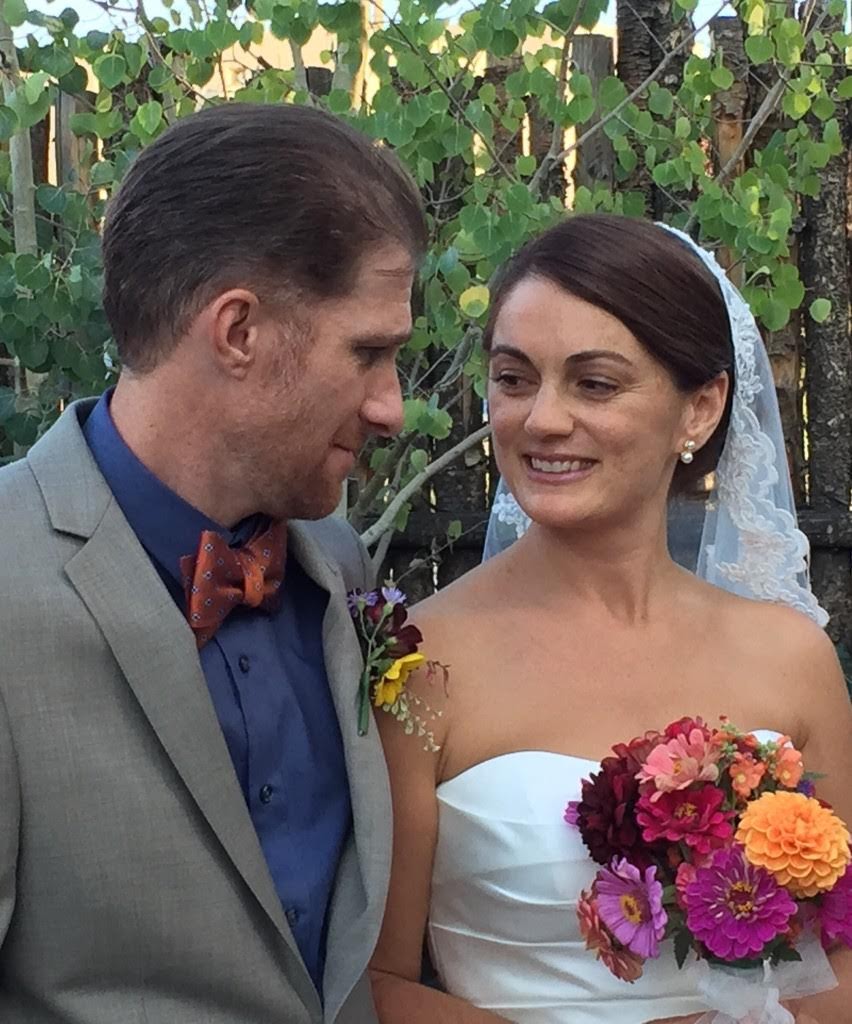 In other words, every single wedding has been unique.

And every single one has been beautiful.

And they all have been deeply meaningful to me.

Because marrying people isn’t just conducting a legal event or a performance, although it includes both those aspects.

When I marry a couple, I feel I am the spiritual representative of their community, if only for a day. I am speaking the words and embodying the cultural symbol of authority necessary to lend credence and a sense of the sacred to the event. I am the shaman, the medicine person, the tribal chieftain, and yes, the crone.

I have worked with the couple to write a personal ceremony that reflects their spiritual and/or philosophical beliefs, that includes readings that express their hopes for their marriage, and that recognizes those who have contributed to their lives and love for each other. I include the guests in the ceremony, asking their blessing for the marriage.

The point of all of these things is to create an event that will live on in the couple’s memories, not just in the video or the photographs or the wedding presents or their rings—all important in their own way—but in their hearts. So that when things aren’t perfect, or in fact are absolutely terrible, they will recall the words of their vows, the look in the other’s eyes as the words were spoken through tears, and decide just for one more day or week or month not to give up on each other.

Surprisingly, weddings can be just as important to some of the guests. Many couples say they barely remember some aspects of their own weddings, they were so anxious and excited on that day. But when they are attending the wedding of another couple they love, their own vows come back to them, and their own marriage is revived in their hearts. (Watch how many guests who are couples grab each other’s hands during a ceremony!)

For parents and grandparents, watching the “kids” get married affirms a job well done and ensures the future happiness of those they have long supported and for whom they have sacrificed so much. Even those guests whose marriages have failed, or who have yet to find their true-life partners, can be inspired by their friends’ happiness; maybe this will happen for them as well.

Obviously, I am an unabashed advocate of marriage. I don’t think it has to mean all the things it once did, many of which are misogynist and otherwise unacceptable to most of us today. Today we can make our own marriages, create our own rules and boundaries and little daily rituals and holiday traditions. Today, thanks to the U.S. Supreme Court, all couples can be married in the United States, regardless of sexual orientation. What a long-awaited blessing!

When I tell people I perform weddings, inevitably their response is, “Oh, that must be fun!” Yes, it is. It’s a happy counterpart to some of the more somber aspects of my work as a minister. It’s also a deeply intimate act—however brief—of connectedness with other human beings. Though I may never see the couple again, we have shared something very important in the time we have spent together. I am so grateful that performing weddings is a part of my work. I look forward to marrying many other couples.

And—don’t tell anyone, but at the weddings I perform, when no one is looking?—I almost always cry.